What is PuTTY and how it used?

PuTTY is an open-source application that provides users with a telnet and SSH client through xterm terminal emulation. Downloading the PuTTY Terminal gives user access to the source code which can be modified if desired. The tool was developed by Simon Tatham for the Windows OS. Further development and support of this serial terminal program is done by a group of volunteers. 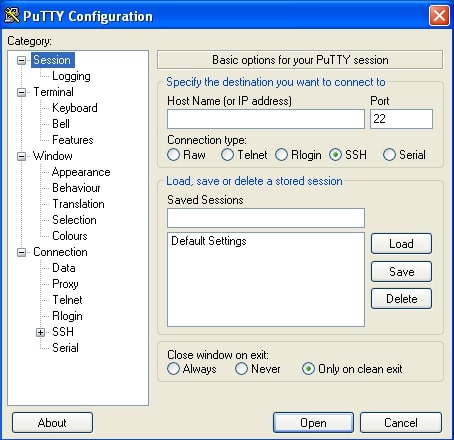 PuTTY is one of the most popular terminal programs on Windows machines as it addresses an oversight in the native capabilities of the popular operating system. There is no SSH client or server software available with a standard Windows installation. PuTTY is the tool most often employed to provide terminal software for Windows.

PuTTY Terminal is a flexible application that extends the functionality of a Windows computer. Users can communicate with Linux or Unix machines via a remote secure shell (SSH) session. The security of the connected session is ensured by PuTTY’s ability to fully encrypt data transmission. Files can be transferred and commands executed on the remote machine through the application’s interface. PuTTY software can also serve as a COM port terminal, enabling users to monitor the remote computer’s serial ports and their attached devices.

SSH is not the only communication method supported by PuTTY application. Users can also connect to remote machines using the Telnet, rlogin, raw, and serial protocols. These diverse communication standards are used to furnish different types of connectivity. The serial protocol can be used to create a cabled serial connection between two stand-alone machines that are not on a network. Telnet and rlogin are used for unencrypted logins that use dedicated ports.

One of the limitations that may cause you to look for a PuTTY alternative for Windows is the inability to observe more than one device or serial interface within the same session. This means you need to open a new window for each port or device you are monitoring. When you need to monitor multiple devices this can quickly lead to a chaotic desktop and introduces the possibility that you miss important information displayed in an obscured window. Saving monitoring data for analysis involves creating a log file for each session. Combining these logs into a single file that provides an overview of your system can be a very tedious manual task.

PuTTY Terminal can easily create a serial connection but does not provide the functionality to adequately monitor or control attached devices. Troubleshooting problems with remote serial interfaces can be difficult or impossible when using PuTTY utility.

For these reasons, individuals who need to engage in serious work with serial devices and interfaces may find that PuTTY is unsuitable for their needs. They may be better served by seeking out a viable PuTTY alternative.

There are several PuTTY alternatives for Windows users. The best solution is a professional tool called Serial Port Terminal. It is a professional-grade application that provides a fully-functional Windows serial port terminal program for serial developers.

If you have your unique usage scenario of Advanced Serial Terminal, you can leave a request on
https://www.com-port-monitoring.com/ 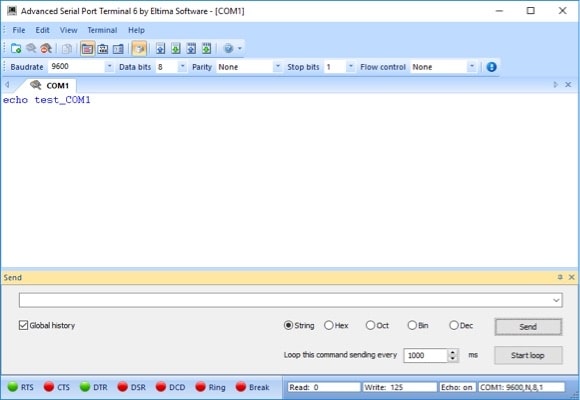 Here are some ways this PuTTY alternative for Windows 10 can be used:

Electronic Team’s, Inc. development team has produced a PuTTY alternative for Windows that can prove indispensable for testing, debugging and developing serial apps and devices. Serial programmers will benefit from the wealth features built into this valuable tool. Here are some of Serial Port Terminal’s advanced features.

COM Port Terminal is a great PuTTY alternative for serial developers and programmers who need to monitor the communication between interfaces and devices. It provides the serial terminal functionality of PuTTY along with the features of a professional serial port monitor. It is a welcome addition to the software tool bench for anyone who needs to work with serial devices.